James A. T. Lancaster | The Political and Moral Aspects of Bacon’s Cosmology 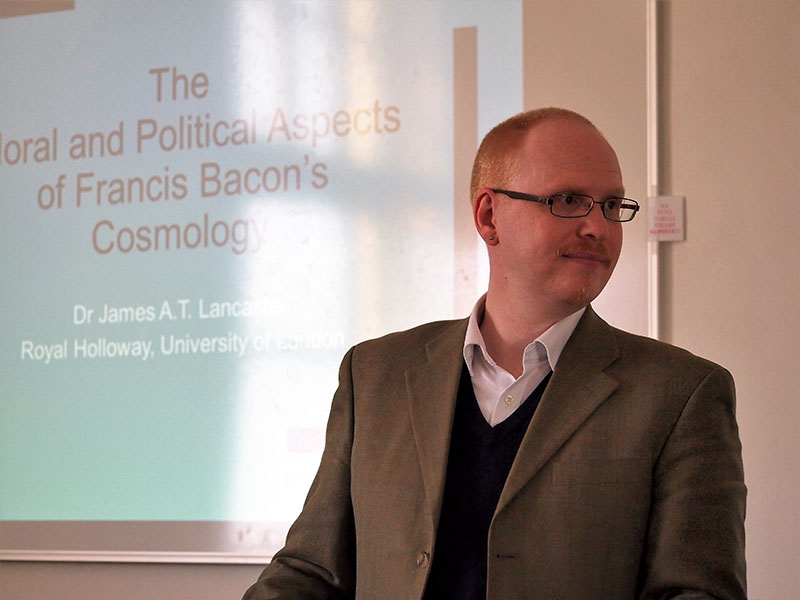 This lecture seeks to outline a prominent feature of Bacon’s view of the natural world – namely, its profoundly moral character – and to suggest that his model of natural philosophy is based not only upon principles drawn from earlier natural philosophers, but also from the spheres of moral and political philosophy. Rather than looking forward to the mechanical and mathematical explanations of Descartes, Newton and the seventeenth century, this chapter will attempt to show how Bacon’s understanding of the universe was indebted, at least in part, to the historical, political and moral ideas he found in the works of Tacitus, Machiavelli, Guicciardini and Lipsius. It will then elaborate upon the manner in which Bacon thought the moral and political character of material nature manifested itself in humans, as well as how he thought it should ideally serve as the foundation of law and society.